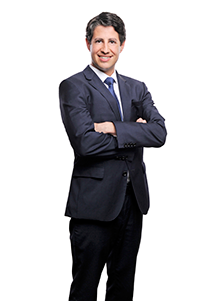 Michael focuses his practice on representing real estate investors, developers, lenders and business owners in a broad range of commercial real estate and corporate matters, including the acquisition, development, financing, leasing and sale of office buildings, apartment complexes, warehouses and mixed-use properties. He has represented clients in numerous multimillion-dollar purchases, sales and loan transactions of all sizes.

Michael serves as outside general counsel to several medium and large corporations. In that capacity, he frequently counsels clients on business governance, contract and lease preparation, and risk management, so as to avoid costly and lengthy litigation unless necessary to protect his clients’ interests.

Michael also represents clients in a wide range of civil litigation in the areas of real estate, construction, professional malpractice and general business disputes. He has litigated cases through trial and at the appellate level, successfully arguing cases before Florida’s Second and Third District Courts of Appeal.

Michael prides himself on being accessible to his clients and takes a results-oriented approach to achieving each client’s goals. He is dedicated to community service, having represented and defended clients in a variety of pro bono matters.

Representation of real estate developers in the acquisition and assemblage of more than 50 parcels of land in a Miami neighborhood.
Argued before Florida’s Third District Court of Appeal and successfully obtained dismissal of complaint against foreign national due to lack of personal jurisdiction.
Represented real estate developers in multimillion-dollar breach of contract action resulting in judgment following bench trial and affirmance on appeal against successor developers residential planned community.
Represented more than 100 condominium unit owners in professional malpractice lawsuit against land surveyors resulting in settlement prior to trial.
Representation of internet-based corporation against former employee for breach of fiduciary duty, breach of contract, and violation of the Florida Deceptive and Unfair Trades Practices Act.

Proficient in Spanish and Hebrew.

Board of Directors of various condominium associations

Board of Directors and Budget Committee, Temple Beth Sholom on Miami Beach

Michael was born and raised in Miami Beach, Florida, where he resides with his wife and son.